Your EEOC Job Posting Statements Are Hurting Your Diversity Hiring!

Employers discriminate in hiring. This is a fact. It’s been a fact for generations. It’s the main re...

For fifty years we’ve seen these statements on job descriptions and job advertisements. Recently, two Economists from the University of Chicago did a study looking at the impact of candidate behavior when these statements are added to a job posting, and their findings were shocking!

In their study, the two economists posted advertisements for an administrative assistant job in ten large American cities. Of the 2,300 applicants who expressed interest, half were given a standard job description, and the other half were given a description with an equal-opportunity statement promising that “all qualified applicants will receive consideration for employment without regard to sex, color, age, or any other protected characteristics.”

For racial minorities, those who received the pro-diversity statement were 30% less likely to apply for the job—and the effect appeared to be worse in cities with white majorities. In a follow-up survey, the prospective applicants said the statement prompted worries that they would be token diversity hires.

This isn’t a study that was done decades ago. This was done in the past twelve months!

So, what should we do?

One thing the study found that had a positive impact on increasing diversity application is to show your senior executives, including your CEO, talk in a ‘real’ transparent way on the impact that diversity has on your organization.

No, not some overly-produced puff piece about how we are all part of the same rainbow. Include video on your career site with your CEO telling stories about how D&I isn’t just a marketing tactic, but how it’s really impacted the organization in a positive way.

Have diverse employees ask the CEO question that gets to the heart of where D&I is in your organization. Don’t be afraid about keeping this conversation open and maybe a bit uncomfortable. The more real, the more candidates will understand that you’re trying to make a difference.

If you really want to make sure you’re not missing great minority applicants who are skipping even applying to you, embed these videos right into your job postings!

Don’t think that when you put an “EEOC” statement at the end of your job posting is letting a diverse candidate pool know you’re a great place for them to work. They don’t buy it! You must be better than that! 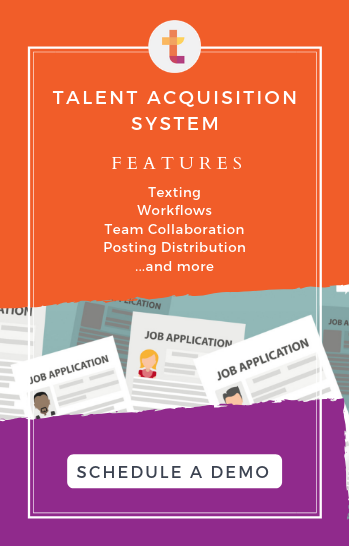